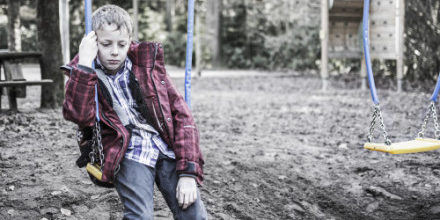 It’s April and it’s 2018 and you’d be forgiven for wondering what was going wrong in UK Society. The media all of a sudden appear to be picking up on stabbings and murders in London. 80% the population are disturbed with this seemingly ‘new’ trend and 20% are wondering why, all of a sudden, we are focussing on an issue that is not new at all. Crime in the capital is indeed disturbing and so is the bleak picture for many of our children and young people living in cities (not just London).
For fear of repeating myself, it is popular now that organisations have been damned in the media and legislature, to consider that children should be protected from Sexual Exploitation. Everyone must now be trained on the subject. CSE is the new buzzword in an acronym. I don’t disagree with it at all. What I don’t like is that everyone should also be trained in criminal exploitation of young people. But they won’t. Why? Because no organisations have been pulled over the coals for their failure yet. I can guarantee the failings are at epidemic proportions. As a society, sector, as organisations and individuals we let it happen and simply pick up the pieces in our ever-reactive way.
I know people across the fostering and child protection sector up and down the country. The feeling is felt everywhere that something is going seriously wrong. Children coming into care are becoming more complex in their needs and behaviours. The abuse they have suffered has increased in terms of timespan before intervention. Children are being left to survive in almost un-survivable environments.
Research by the Sutton Trust suggests that as many as 1000 Surestart centres have closed since 2009. Here we are 9 years later with family and social dysfunction, at least anecdotally, appearing to be at its highest level ever. I am no pioneer by saying that early intervention and social support makes a difference to children, families and society as a whole. As social support in all its forms have decreased, be it family centres, youth centres or fully funded and resourced local government teams, the well being of our communities goes down.
We must go half circle and invest in early intervention again, otherwise we will continue to be left to pick up the pieces. Independent organisations, charities, projects and individuals will remain as important as they have ever been to stem the challenging tide. Eventually no doubt, a government, whoever they are, will introduce a new policy to invest now and not pay the price later. I’m looking forward to that day.