Mythbusting – being gay and fostering 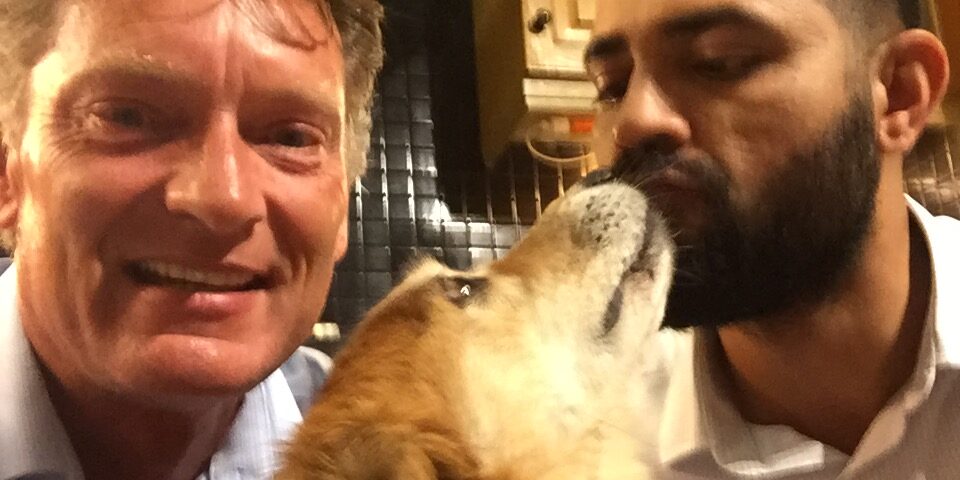 If you’re like us – two gay guys, who have always loved interacting with our nieces and nephews and friends’ kids, but never had the desire to have children of our own, if you’ve got a spare room in your house and time to commit – then fostering can fill that gap in your lives you didn’t really know was there until you start doing it!  In the process you’re doing something philanthropic for society, it will be incredibly fulfilling AND you’ll be receiving an allowance to make it financially possible too.

A gay Asian man, as one of us is, can be approved to foster.  A single man or woman can be approved.  It doesn’t matter about your marital status, or your race, sexuality, disability, age – anyone who would be able to fulfil the needs of children in their care and their domestic circumstances are capable of achieving this, then YOU can apply to foster.

We’ve been together for 18 years.  From the outset we discussed and agreed we wanted to foster, but wanted to ‘live a life’ first; now we don’t know why we put it off for so long.  It was only 2 years ago we finally decided we’d go for it, and we did our research carefully.  Deciding whether to go with a fostering agency or local authority is key – we opted for the agency route primarily due to the training opportunities and the fact that, as foster carers, we would get our own social worker who would be OUR advocate.  With a plethora of agencies out there, the next task was to take a look at the various agency websites, get a feel for the way they are presenting their ethos, look at the comments foster carers make about them (some of which are very insightful) and go with the organisation where you feel you would be most comfortable.

We were dreading the assessment – we’d heard so much (from people who were repeating stuff they’d heard, even though they had never been involved in any aspect of fostering), so we were expecting enquiries about our sex life and many other intrusive questions.  As two gay men, we were worried we would we be stereotyped and categorised in the way some lesser-enlightened members of society view homosexuals.  With no experience of raising children we wondered whether we would be laughed off the face of the planet.

Instead what we discovered was experience of life, the ability to interact with children and an understanding and appreciation of what we were like when we were children – what our needs, frustrations and behaviours were – is just as valuable as practical previous experience of bringing up children.  Indeed, it is entirely possible, and in our case very much a reality, that not having predetermined views of how to bring up children brings a different and positive perspective to parenting.

So, back to the qualifications – a spare room in your house or flat (as long as your landlord has no objection, then renting is not a hurdle), the ability to offer security to a child, time to nurture them and to put their needs before your own, to be able to display appropriate affection so they feel loved and given a sense of belonging and, equally as important, the capability and resolve to provide an environment of consistent, firm and fair discipline.   Everyone brings a perspective on life to the table, this will be assessed.

We approached the assessment process (Form F) with a certain amount of trepidation.  Our assessor visited and we were immediately put at ease – yes, the assessment would be a deep dive into past experiences during life (childhood, relationships, caring for children, etc) and as we contributed honestly and frankly to the discussion points, we found ourselves analysing why things had happened as they did; far from being a chore, we found it cathartic and enriching.  It’s a bit like what we imagine laying on a psychiatrist’s couch might be like, where they ask questions and allow you to hold forth, self-evaluating events and reactions

At the end, a few months down the line, we were shown our Form F report and given an opportunity to comment.  Our Assessor really did get a full insight into what made the two of us tick, and we agreed with every aspect.  So then to panel, and faced with a ‘jury’ of professionals and lay-people who were to determine the outcome of something which was so very important to both of us, it was one of the most stressful experiences of our lives – though looking back at it, we should have been confident in our own abilities AND the recommendation to approve from our Assessor.  The panel asked a few questions to explore some of the areas, it was a positive experience with no trick questions – and then the wait as they made their decision.  It was a bit like the wait between receiving your exam results in the post and opening the envelope or getting a (genuine) email from the National Lottery informing you of a win, but you don’t know whether you’ve won a free line or the jackpot until you log in to your account.  The result was coming, we could not influence it, we just had to wait the half hour.  When we were informed we were approved, the relief was palpable.

Having been approved, we then started the search for children.  You don’t just get children turning up on your door without you knowing anything about them (although seasoned foster carers who do emergency placements can certainly have this happen, but emergency placements is their choice).  It’s important to go in to this with your eyes open without preconceptions or conditions, unless they are an absolute must – we have a 16 year old dog, we could not have anyone who had displayed any form of violence as we needed to also consider our dog’s welfare.  We wanted long-term, but were told at the outset that most children come to you on a temporary or short-term basis, which then may turn into long term.  We thought we would be able to give our best to children over 8, rather than those younger.

We are fortunate to live in a large house.  Our family now consists of a teenage boy who comes to us every 2nd weekend as respite on a long-term arrangement; a teenage girl who is to be with us permanently; a teenage boy who is in the process of moving from short-term to, hopefully, long-term with us; and a young boy newly arrived. It cannot be overstated, though, it is so very important to have a network of people who can be relied on to help out in an emergency or just when you are stuck in one place and need to be in another!

If you look at our lives now to what they were two years ago, they are so totally different, but we would not have it any other way.