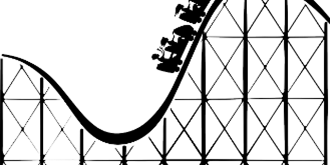 One of our foster carers will be writing a regular blog on our website.  She introduces herself here:

“Hey, my name is Nicky. I live in North East of England with my hubby Kev and our three dogs. We foster children. We started our fantastic roller coaster of a journey on 18th April 2018. Our first placement J moved in on 22nd April and this my lovelies, is our story, please enjoy.

Our first placement was an 11-year-old boy called J. He had a diagnoses of Prader Willi Syndrome. And when we weighed him he was a whopping 22 stone.

He was accommodated under a section 20 which means his mother still retained parental responsibility. The reason he came to stay with us, is because his SW (Social Worker) was worried about his rapid weight gain, which was rocketing out of control even after a dietitian at the hospital had put him on a strict calorie-controlled diet.  His school were doing their best and were monitoring his weight, and he swam five days a week. His parents were given advice and they swore that they were keeping to the plan however, his weight continued to increase.

Our role, as foster carers was to follow the diet plan outlined by the dietician, encourage J to increase his exercise and obviously to take care of his everyday physical and emotional needs. The Local authority felt that being away from his parents for a period of time would evidence if J’s continued weight gain were organic, or his parents were not following dietary advice and were allowing him to ‘overeat’ which medically is just as bad as starving a child.

Although J had been diagnosed with a slight learning difficulty, there was no concern regarding his behaviour, and our first day went really well. J was well behaved, with a quirky sense of humour. He was desperate to lose weight so he could return home to live with his family and his dog. J wasn’t used to routines and boundaries, but he adapted well to his one-hour computer time which he was allowed before his shower and bed. We were really pleased. J seemed like a lovely, pleasant, funny young man and he appeared willing to work with us to make changes.  I couldn’t help going to bed with a smile on my face thinking that our first placement was going to be, ‘a walk in the park’.

However, nothing could have prepared us for the shocking secret this young man had hidden from us all……

Want to know what happened? Catch up with my ongoing blog which will be on the UK Fostering website!”