Domestic abuse and the impact on a child 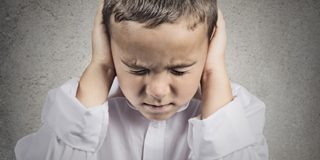 What is Domestic abuse to you? Most people believe that domestic abuse is being physically hit by a person, well you will be shocked to read that it’s a great deal more than that!

Domestic abuse incorporates various strands of abusive behaviour and that includes Physical, Emotional/Psychological, Sexual, Financial, Coercive (being intimidated, isolated from family and friends etc) behaviour, Harassment and/or stalking and finally online or digital abuse, such as bullying on Facebook, repeatedly passing negative, degrading and unwanted comments to people’s posts. In addition to this, there is family violence, and this involves forced marriages, FGM (Female Genital Mutilation) and honour-based violence and killings.

Women are more likely to be victims of abuse, but there are more and more men coming forward. Some women prefer to refer to themselves as survivors of abuse, rather than victim. The women see this use of language (victim) meaning they are insignificant, less of a person and makes them feel disempowered.
Domestic abuse does not just occur between heterosexuals but does occur within same sex couple also. Police reports show that the violence between same sex couple is extremely violent.

Women’s Aid is a great source of information and highlights facts and figures with regards to how many calls are received by the National Domestic Abuse Helpline each year, but more importantly and more worryingly the site highlights that these figures are not precise. The reasons the statistics are not correct is due to what is referred to as Hidden Domestic abuse.

Hidden domestic abuse is whereby families do what it says, ‘they hide it’. Adults and children can be exposed to abuse and not say a word to anybody for years. Children can be scared into not talking to anybody, though fear of being ‘taken away’ from their parents, which is a rather scary place to be for a child or young person. Some women either do not report the abuse or they minimise the abuse that has been occurring.

1 in 7 children under the age of 18 has experienced domestic abuse at some point in their lives.
The effects of a child being exposed to this type of trauma varies from child to child and depends on their circumstances, their support networks, age, gender, their development stage, their race and depends on their resilience to these negative experiences. Children can experience depression, nightmares, flashbacks, sleep problems, they can be easily startled or not easy startled (as they have grown use to violence in their home), they can bully or be bullied, they can have problems in School, problems with eating and self-confidence and self-esteem can be significantly affected. The list is endless and really concerning.

When a child is being exposed to such trauma over several years, they can then form significant mental health problems, link in with other negative influence such as substances. Please remember that unborn babies, children and young people can be supported in dealing with these issues, but we are reliant on you reaching out and sharing this with us. This links in closely with completing daily logs, and how important it is for UK Fostering Professionals to know how the child and young person is behaving in placement and what changes have taken place. You might think you don’t need a daily log, they are fine, they are always fine, but there could be a change in their behaviour and we don’t want to miss this, we don’t them to slip through with us not noticing. We together can support them and promote them leading a healthy, happier life. We together will make a difference.