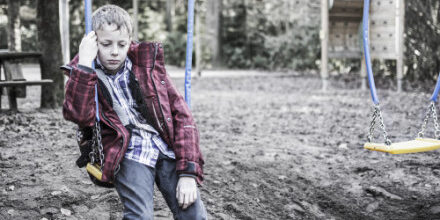 As a contact supervisor I have witnessed many sad situations, especially at the times when children have to say a last goodbye to their birth parents before being placed for adoption. Although upsetting for all, I have to believe that the correct decision has been made and that the child’s best interest has always been paramount whilst reaching this decision.

However I sometimes have to question decisions made when siblings are split when being placed in their new homes. In my opinion this is a retrograde step in the process of leading these children forward to attain a happy, stable family life and is yet another trauma that they must endure in their young lives. I firmly believe that it is an unnecessary trauma and that with more time and effort and possibly less financial restraints, a loving family home could be found for all together.

I will recall a situation that I encountered which I personally feel is upsetting and has led me to share my opinion with others.

Having contact with their birth parents were three children aged two years, three years and six years. It was decided that the birth family were not suitable to have the children in their care and that the three children would be placed for adoption. All three children were very attached to their birth parents and it was obvious that they loved them a great deal. This of course was traumatic for them all, but especially for the six year old boy who was more aware of the situation than his younger siblings and this was a huge wrench for him.
After having lived happily with their foster carers for almost two years the children had obviously grown attached to them also and looked upon them as grandparents, consequently finding it extremely upsetting and unsettling when having to leave them when they were finally placed as a sibling group of three with an adoptive family, a ‘forever family’.

After just two weeks the adoptive parents decided that there were ‘bonding issues’ and that they could not keep the children any longer……..TWO WEEKS!

Whoever oversaw this ‘match’ in my opinion needs another job!

The children were returned to their original foster carers whilst another adoptive family was sought. This took time but eventually adoptive parents were found who would take the younger two children but not the six year old boy. The decision was made to split the siblings……a decision that I feel is very cruel.

This child has had to endure losing his birth parents, whom he loved and had a very close relationship with, as well as being moved from carers whom he trusted and had enjoyed a happy stable life with for almost two years. He then moved to an adoptive family where the placement broke down in just two weeks, before going back to his original carers only to then see his younger siblings being ‘chosen’ whilst feeling that he had been ‘rejected’ by the new mummy and daddy who had taken his much loved siblings.

I understand that efforts have been made to find suitable parents for this child, but it was difficult to hear the carer make the heartbreaking comment “Nobody wants him.” This is what he will be thinking, and the psychological impact will be huge. The carer immediately noticed how clingy and in need of cuddles this child is now. He is apparently sleeping badly and his teachers are concerned. Above all, this six year old questions whether his siblings are happy and alright without him. This is yet another burden for him that he should not have in his young mind.

I feel that this child’s experiences so far are very damaging long term. Having been parted from everyone that he had known and loved, he needed the security of being with his siblings but instead has been left isolated and with feelings of rejection.

Is this not too much for a six year old to have to bear?