The View From A Foster Carers Child 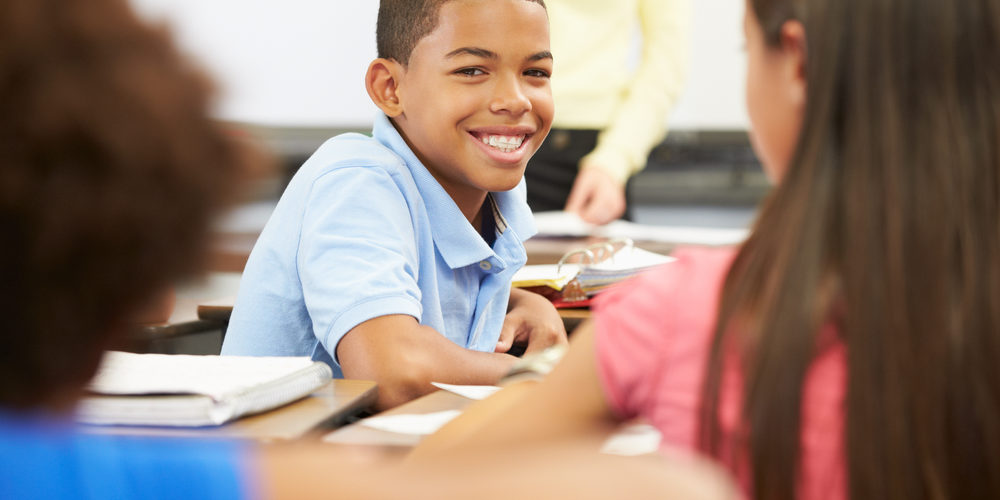 I’m Ben and I’m eleven years old, my mum is a foster carer. My mum is a single mum and she has fostered kids for the past five years. Most of the time I love my mum fostering, I got used to having other kids here and when we had a bit of a break once my mum did my head in fussing over me all the time because there were no other kids here and all her attention was on me!

My mum has had three placements and they have all been really different and changed my home in a different way. People who think the foster kids will fit in to your lives are wrong, because you have to change to fit into theirs.

So let me tell you about our first placement, I was six at the time and I had two little sisters move in, one was 4 and one was 3. When they came their life had been so different to mine and they hadn’t experienced a lot of thing that I have for example. They were scared at 6pm because the sky got black. I know it was now night time and it was dark, but for some reason these girls had never seen the sky be dark before and they were always put to bed before it got dark. So me and my mum had to teach them it was ok to be dark outside. The youngest girl had special needs and ‘couldn’t’ talk we were told, although as soon as my mum was away from us she was talk to me. Later in the placement we got so she would whisper what she wanted to say to me, so I could say it out loud for her. I loved these little girls, I called them my sisters. I used to do things to help them like I would pour their cereal out when I did mine because I wanted to feel grown up. I used to go to contact with them for a little while and me and my mum would stay while they settled and so I met their real mum and dad who seemed really strange to me but they made two lovely little girls so I respect them for that and the girls liked that I would chat to their mum and dad. We took the girls on their first ever holiday, while they were here we had 4 holidays and made a memory book together of photos and captions of things they said. They then moved home to their mum and dad again which was really hard for me because it felt like someone took my sisters away and I thought I’d never see them again, but two weeks after they went home the social worker called and asked if we would like contact with the girls still because they had been missing us and their parents said it was best for them because it made them happy to see us sometimes. So even though they moved out 4 and a half years ago and they are now 9 and 8, we get to go bowling together and to the park so I will always call them my sisters.

Our next placement we had 2 two year old twin girls move in, their mum had died. The twins were really shy at first and didn’t like adults at all. They were really sad and we didn’t really know anything about them at first. They lived with us for 10 months, while they lived with us we had a Christmas together and it came to Christmas Day and my mum had bought the same amount for the twins as she had me which is only fair, but I remember their birth family had bought them so many presents that they spent an extra hour opening presents than me which was pretty hard for me when I was 7. My mum understood this and let me stay up extra late that night and spent extra time with just me when the girls were asleep. As the girls stayed here we went on 8 holidays and me and the girls got so close, they always call me their big brother and we made so many memories together. When it was time for the girls to move into their nan and granddads they found it really hard leaving here and I know they love their nan and granddad a lot but at the time I didn’t very much because to me it felt they were taking my baby sisters away from me. The twins are now 7 and my mum and their nan and grandad are good friends, the twins come to stay one weekend a month to let their nan and granddad have a rest as they are quite old. This isn’t a foster arrangement now because my mum does it because she loves the twins and I love the twins and they love us and it means their nan and granddad gets a break and we get some twinny time. For my birthday this year I didn’t want a big birthday party with lots of friends. I chose to go to Disneyland Paris with my twins because they give me my happiest memories.

So our current placement has been the hardest to cope with but it has been really rewarding now my mum has worked very very hard and our family is now settled. When I was 8 we had a 9 year old boy and a 5 year old girl move in, I didn’t know my place in the family no more because we always had little girls before who I felt I could help look after and pour their cereal and love them and now there’s a boy older than me and he doesn’t seem very friendly. All we knew about them is we are their 12th placement because of his behaviour and they’ve been told that if he messes it up he’ll be put in a home and his sister will be adopted and they’ll never see each other again, a social worker told them that. So within a week I’m in hospital with a broken hand because he wanted my toy that I had. I was upset but my mum was horrified and kept apologising, she was ready to give up on him but I begged her not to. So we went home and my mum told him he isn’t going anywhere and that he’s staying and facing the consequences of his actions. This was a turning point in this boys life, no one had ever made him a consequence he just messed up and got kicked out. That was the first and last time he ever hurt anyone in our house. For the next 2 years he had tantrums till 3am, calling my mum horrible names, being so jealous of me and making allegations against my mum to try get her in trouble, but he never hurt us physically again so my mum knew she had made progress and refused to give up. The little girl used to come into my room crying thinking he was going to hurt mum and begging me when they come take him away not to let them take her because she wanted to stay, my mum said I wasn’t allowed to promise because we can’t know for sure what is out of our hands that was the hardest thing about my mum fostering that I couldn’t say the right thing to my little sister to make her feel safe and know nobody would take her away.

My mum got the boy therapy and he went, he has been in therapy for the past three years, my mum changed our house to make it so he felt safer. We have a visual timetable, we have very tight precise rules, when we go out for a day she’s very specific about how to behave and how to react to situations, she even put him in respite when he refused to come on holiday with us because he cried for 12 hours he wasn’t ready for a holiday. Some things to other people seem weird but he was very angry and upset and didn’t know how to control his emotions, it was so hard for me and my little sister to listen to. My mum gave up on the therapy and started to deal with it her own way and tell him what he was feeling because he didn’t understand and say why he thinks he may be feeling that way. One day he had a very angry tantrum about going to a wedding because he said the shirt my mum bought him was s*** and he weren’t wearing it and my mum said to him that maybe he felt that about himself and didn’t think he deserved the expensive shirt because he didn’t feel good about himself he then cried and she told him to put the shirt on because he’s a good person and he deserves it. It seems weird to other people the way she talks to him, but it works for them and he has been here for 3 years and I now call him my brother. He has worked so hard and resolved a lot of his issues, he himself has cut contact with some birth family members who caused him negativity and he is moving on in his life and achieving at school and making friends and he is not scared of the world anymore.

Now I’m 11, he is 12 and our little sister is 8 and they have been long term linked to my family. I still see the first little sisters we fostered and my twins, so I have one brother and 5 sisters and it doesn’t matter we all have different blood, because we’ve been on a journey together and made memories together and they are all part of my childhood and part of my family.