What Are The Origins Of Spring Festivals Such As Easter? 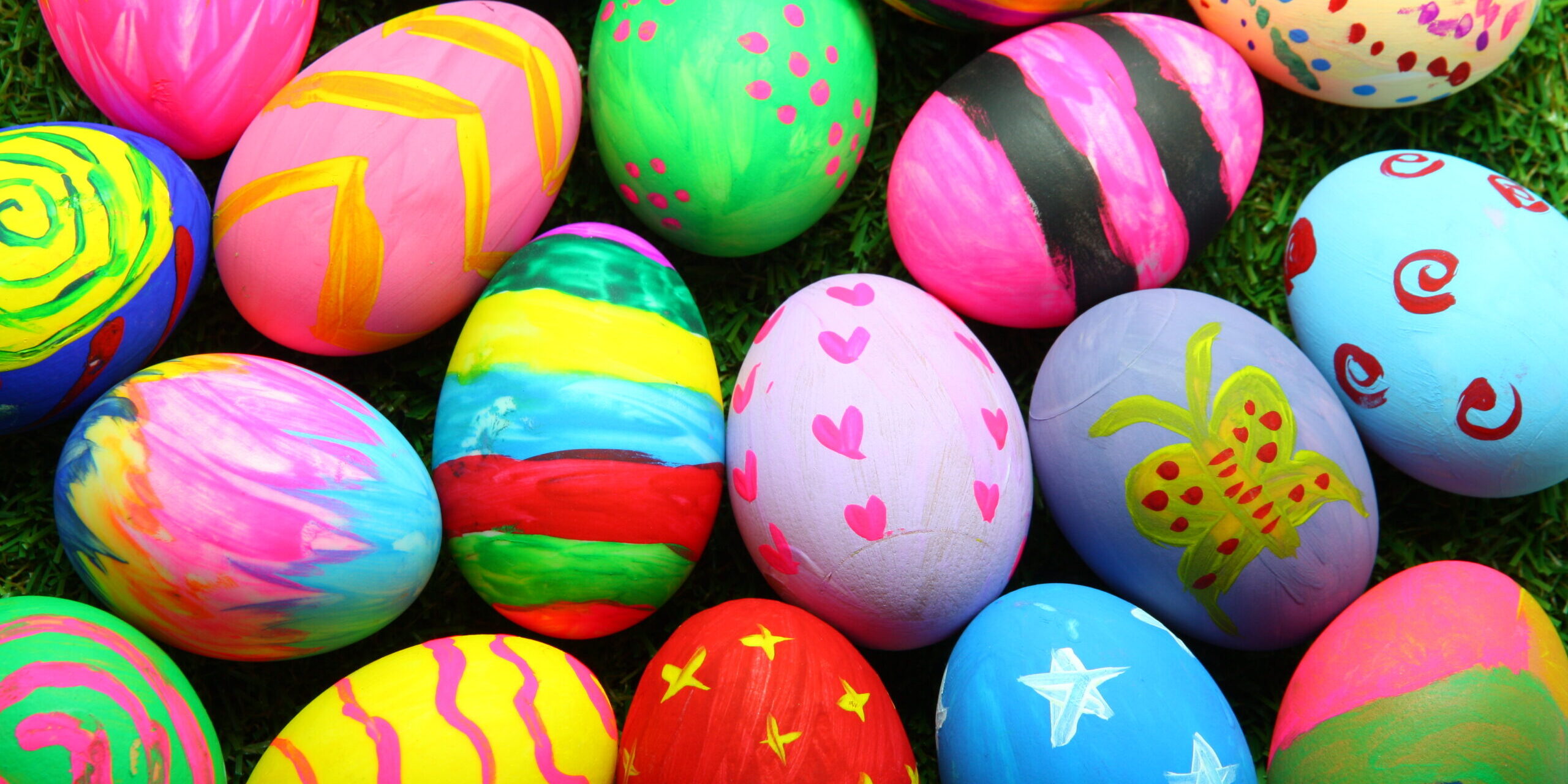 As we move towards the Christian Festival of Easter, it can also be interesting to take a look at some of the wider background to spring festivals in general, as some of the traditions associated with Easter can date from much earlier.

Obviously, the Easter festival celebrates the resurrection of Jesus Christ, but there are other stories of resurrection around springtime which can be found from ancient, pre-Christian times. Sky History tells us that

“One of the world’s oldest civilisations, the Sumer who lived in southern Mesopotamia (modern southern Iraq), inscribed a story of their goddess Inanna onto a clay tablet some two thousand years before Christ.

The story goes that Inanna descended into the underworld to find her recently deceased husband. There she was killed before being brought back to life by other gods. She was permitted to return to the world as the sun for six months before having to descend into the underworld once again during the winter for a further six months. It is perhaps the first ancient story of resurrection and rebirth centred on spring.

There were many more stories amongst ancient civilisations that followed a similar theme including the resurrection of Horus, the falcon-headed ancient Egyptian deity and the death and rebirth of the Greek god Dionysus. They are stories that share ideologies about renewal and light conquering darkness.

As Christianity began to sweep across Europe, many pagan festivals and traditions were absorbed and adapted into the Christian faith. It made sense that the already ingrained concept of new life being celebrated during springtime should become associated with Jesus conquering death and being reborn.”

Origins of the Name of Easter

There still seems to be some debate about the original name of the Easter festival, however, the Encyclopaedia Britannica (brittanica.com, 2022) suggests that

“The English word Easter, which parallels the German word Ostern, is of uncertain origin. One view, expounded by the Venerable Bede in the 8th century, was that it derived from Eostre, or Eostrae, the Anglo-Saxon goddess of spring and fertility……There is now widespread consensus that the word derives from the Christian designation of Easter week as in albis, a Latin phrase that was understood as the plural of alba (“dawn”) and became eostarum in Old High German, the precursor of the modern German and English term. The Latin and Greek Pascha (“Passover”) provides the root for Pâques, the French word for Easter.”

Timings of the Easter Festival

You may have wondered why the timing of the Easter festival changes each year. This is because the dates for Easter are calculated based on the spring equinox which is when (in the Northern Hemisphere) the length of the nights and days are of equal length. This brings all into balance 😊

“Spring is a time of renewal and rebirth as winter begins to fall away with the promise of sunnier, longer days lying ahead. For thousands of years, people from varying cultures have marked and celebrated the equinoxes and solstices (longest and shortest days of the year).”

There are many Easter food traditions that are important to us, some have been connected to Christian traditions for many years, others have pagan roots, or are connected to Jewish Passover celebrations. GoodTo.com suggest 12 things that we often eat at Easter below (with further information and recipes are their link in the resources section below):

These are probably the best known Easter treats and likely originated in some form in France and Germany. The shape is based on the older pagan equinox festival tradition of painted eggs.

The origin of the hot cross bun is not clear but possibly came from St Albans in the 12th century when a monk made them distribute to the poor.

This cake is connected to the fasting of Lent which precedes Easter and in particular Mothering Sunday which in the UK falls within Lent.

Before this was an Easter tradition, eating lamb was central to the Jewish Passover festival. Passover is usually around the same time as Easter and fits well with the festival as Christians believe that Jesus is the ‘Lamb of God.’

Bread is an important part of Christian tradition, including at Easter time as a symbol of Christ’s body during holy communion and The Last Supper. People share traditional bread from their region e.g. in Greece, Turkey, and Eastern European countries there is plaited wreath bread with brightly dyed eggs pushed into the dough.

“The Easter bunny (or at least his cousin the Easter Hare) has been busy delivering eggs to children since the 1600s, originally in Germany. And just like Santa, he traditionally decided whether children were naughty or nice first. Rabbits are a symbol of fertility because they reproduce prolifically. Hares were originally thought to be hermaphrodites, which meant they were associated with virgin births.” (goodto.com, 2022)

Although not as common as leaving them out for reindeer at Christmas, in some countries children have left traditionally left them out for the Easter bunny. In the post-war years, carrot cake has been a popular Easter cake in the UK due to the abundance of carrots at this time of year.

Spring celebrations to celebrate new seasons and rebirth predate Christianity and eating ham at this time probably does too. There is evidence people were eating it in Germany as early as the sixth century. In America, it’s now the most popular choice for Easter Sunday lunch.

Originally these were a snack during Lent. They are easy to make as they have few ingredients as early Christians did not consume dairy products during Lent. The word means ‘little arms’ as looks like arms locked in prayer.

“Decorating eggs is an ancient craft. Ostrich eggs from the palaeolithic era have been discovered with engraving on them. Early Christians used to paint chicken eggs red to symbolise Christ on the cross. Over the years it has become an Easter food tradition to paint emptied eggs as a fun Easter craft for kids, and hang them on trees for decoration. More recently, cracking the eggs open has come to represent the opening of Jesus’ tomb after the resurrection, which is why it’s common to eat hard or soft boiled eggs on Easter morning.” (goodto.com, 2022)

“Special Easter biscuits are a common Easter food tradition from the South-West of England. Slightly-spiced, sultana currant biscuits are made in the West Country to celebrate the festivities. Original recipes included cassia oil in the belief that it was used to clean Jesus’s body after his crucifixion, and spices have the same connotation. These Easter biscuits can be left as they are, but often take on Easter-themed shapes or decorations – like the Easter bunny.” (goodto.com, 2022)

In more recent years it is popular to decorate Easter cakes with chicks, lambs, rabbits, ducks, and flower motifs. These symbols most likely represent pre-Christian pagan Eostre and other spring traditions.

Hopefully, you now feel somewhat enlightened and ready to enjoy a weekend of celebrating the renewal of life and defeat of darkness by the light. Some other Spring Festivals at this time of year that you may want to find out about are:

Why not also try some of the Easter food recipes from the link in our resource section below or get some ideas for keeping the kids busy over the Easter holidays.

https://www.goodto.com/food/recipe-collections/easter-food-traditions-11-things-you-have-to-eat-at-easter-and-why-we-eat-them-46164  Good To website – Easter food traditions: 12 things you eat at Easter and why we eat them 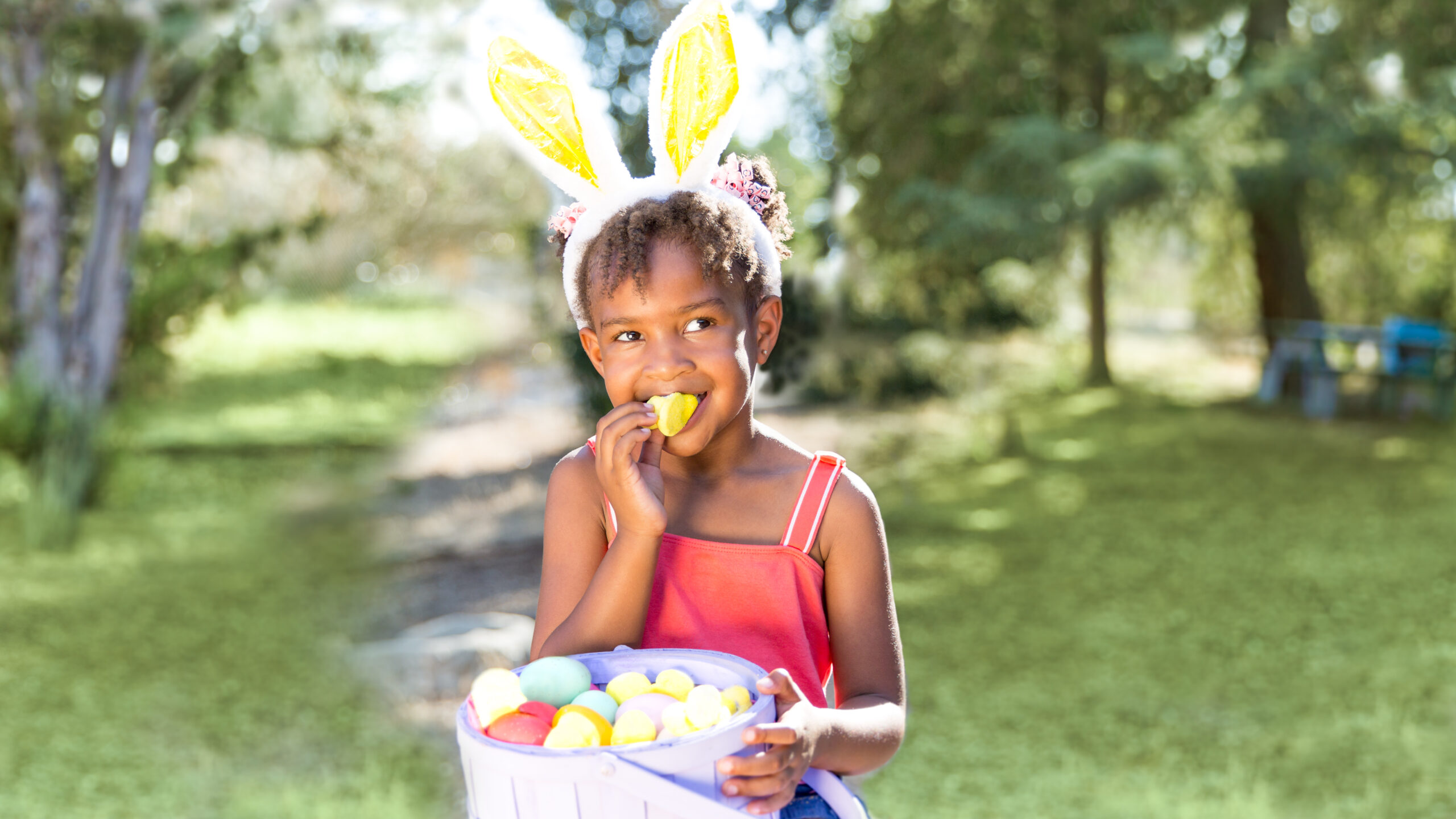