You Are Not The “Ugly Friend” 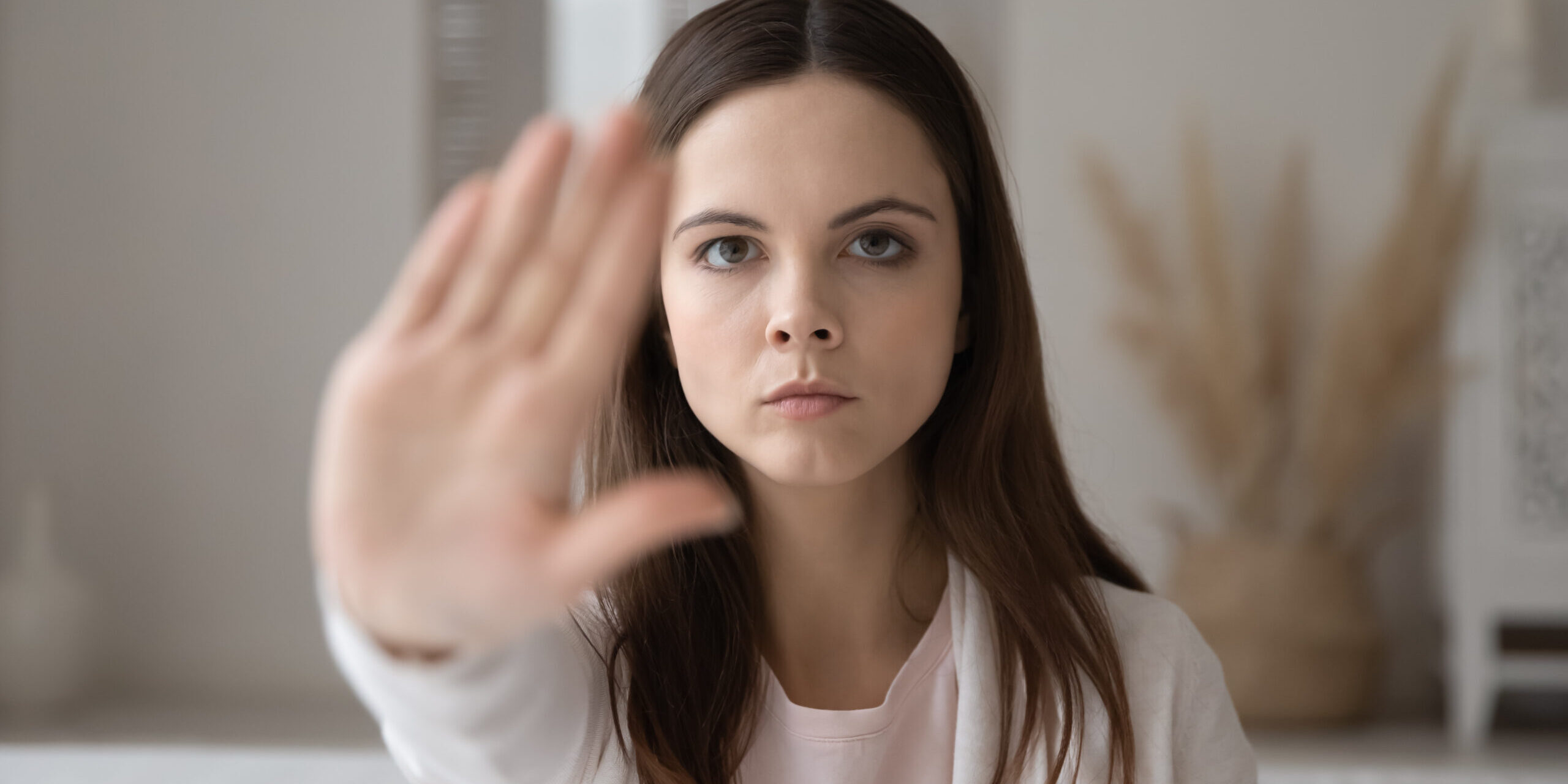 The process of accepting one’s body, loving one’s body, being more confident in their own body is not an easy one. In my personal endeavour to develop a better self-image as well as grow in confidence, one thing I’ve had to really confront is the perceptions I had of my body and where these ideas originally stemmed from. In this blog, I wanted to talk about being the “ugly friend” and squashing previous insecurities in order to openly embrace and step into channelling the main character energy.

So what does “being the ugly friend” usually mean? Some characterisations include being a “side-supporting character” to another person considered more desirable and the centre of people’s attentions, instead being the wise counsel of comedic relief, being considered ‘undesirable’ and therefore unworthy of attention. And most of this originates in school where kids can be quite mean to each other.

When we go to school, most of us seek acceptance which is formed by ‘in’ and ‘out’ groups: who is like me, who is not. Who is socially acceptable, who is not? From an early stage in our development, ideas of what is socially acceptable are informed by the media that we consume. What we watch, listen to, the things that we are taught by culture and society at large through different vehicles. We can consider it a toxic form of conditioning – from a young age and even as a child, we are made to know and believe that “skinny” and “fat” hold negative connotations, not because of health but because they are considered undesirable attributes. When we are faced with someone who does not fully hold up to these standards and ideals (what society considers to be acceptable), this presents a great way to exercise power to bully them and in effect make yourself superior. This started early for me in primary school. I felt as though in comparison to the other children and girls, I stood out from what was considered “normal” because I seemed to be the ‘thinnest’, the ‘tallest’, the ‘largest’.

When you’re younger, acceptance holds a lot of value and the first place you seek it is naturally in your family. In school, peers and age-mates who are considered cool and fun to be around would seem so different from me and I’d be reminded how unlike everybody else I was. It made me feel inferior and like I was something to be ashamed of. This process formed negative coping mechanisms in the form of learning to put yourself down by making self-deprecating comments and jokes about yourself before anyone else gets the chance to make you look bad. To me, it meant that other people couldn’t weaponise my insecurities or hurtful remarks against me because I had rendered them useless. When you’re never really the person that is romanticised or considered attractive next to your friends, you decide to embody these insecurities.

What this boils down to is the desire to be the object of somebody’s affection and attention. A perceived undesirability can mean a loss of confidence, growth in insecurity and a tendency to latch onto anyone who pays you attention. These variables also contribute to one dropping their standards because they already believe that they are below the standard of what somebody else desires or deserves. In my perception of myself, I chose not to frame in my mind all of my personal merits, all of the good things I had going to for me and did not embrace my authentic self. Everything seemed to be framed by who has the most attention shown to them and who people consider ‘pretty’. It’s really not easy to acknowledge that life is not about fitting into one particular body shape or facial structure in order to be considered desirable. And I say this in hindsight because it’s still an ongoing journey, but it’s all about being yourself, your true authentic self will attract people who will be there for you.

If you go on social media and people are making fun of you, people are telling you constantly “you’re not pretty”, “you’re not cute”, the implicit message is “you should hide”, “you should be ashamed of your entire existence because of the way you look”. You’re told they “have low standards” because you don’t even meet their standards. Even within social media, there are types of trolls who possess a ‘psychological trait’ known as negative social potency, which means they enjoy causing harm to others. Dr Mark Griffiths, Professor of Behavioural Addiction at Nottingham Trent University said, “Most people troll others for either revenge, for attention-seeking, for boredom, and for personal amusement”’ (bbc.co.uk/bitesize, 2021). This sort of anti-social behaviour affects our mental health in that it can cause anxiety and lower self-esteem for those of us on the receiving end of negative comments, it both questions your insecurities and creates new ones.

I’ve had to do a lot of unlearning when it comes to my body and learning about how I should think about myself and how I should view myself. The rhetoric or narrative surrounding self-love usually pushes the message of overcoming your insecurities, however, I still think that it’s okay to want to change some things about yourself for the sake of self-improvement. I think that there should be a healthy balance – because we are human beings and we are complex, the two notions of “self-acceptance” and “self-improvement” are both valid and can mutually co-exist. However, when taking a deep dive into a lot of my insecurities that I want to “improve” on, I realised were because of other peoples’ opinions. Actually, I have spent a lot of time thinking ‘eff other peoples’ opinions, I’m so tired of living for other people’s validations’. Why can’t I just be happy with my existence, with who I am rather than seeing myself as a body and therefore consumed and therefore judged? Rather than, what will other people think? What will I look like through other people’s gaze of my body?

Sometimes we hide because we feel that our differences make us hyper-visible. When people heckle you on the streets or at school, they are the ones in the wrong, but you feel a sense of shame and embarrassment. You can feel like you don’t want to be seen and I have had to overcome that feeling of wanting to fade into the background in fear of being targeted. But if I want to be, I should be seen.

What I’m realising is that I do want to be seen. I would like to be able to dress the way I want, do things for myself, and allow myself to step in and take control of myself and my own decisions. People want you to be humble, want you to lower your standards, want you to shrink your personality and your demeanour. It comes down to being objectified often and your body is seen as something to be consumed. If you are not sexually consumable then you must find a way to prove why you should take up space. I’m trying my best to be everything that people tell me I shouldn’t be. From childhood, social media, films we watch. Who you are to see as beautiful, who to be respected, who is to be loved? I’ve had to unlearn that; however, it may seem very radical to say “I’m not going to adhere to that” if the majority of people have not also problematised that thinking and decided to unlearn that for themselves.

I spent so long wearing clothes that I didn’t really like. I don’t want to make myself uncomfortable to make others comfortable, but you will have to accept me as I am. The ideas of what we have around of body these days, what with the rise in surgery, if you have fat anywhere other than your bum or chest then your body is considered ‘wrong’. I’m not trying to subscribe to that notion, and the notion is dangerous because it is unrealistic, it doesn’t really exist without surgery.

I really don’t need to wait for anyone’s approval or permission to be who I want to be and do what I do. My encouragement to you is to shine unapologetically. Your body is not here to be consumed and approved by other people, it is here to carry you through your journey and your purpose. You cannot get through your journey and purpose if you’re constantly consumed and living for the opinions of other people. Don’t let your self-esteem be dependent on other peoples’ approval of what should be to you and don’t let them dictate to you what your standards should be.

By A Young Person Who Is Still Working Things Through 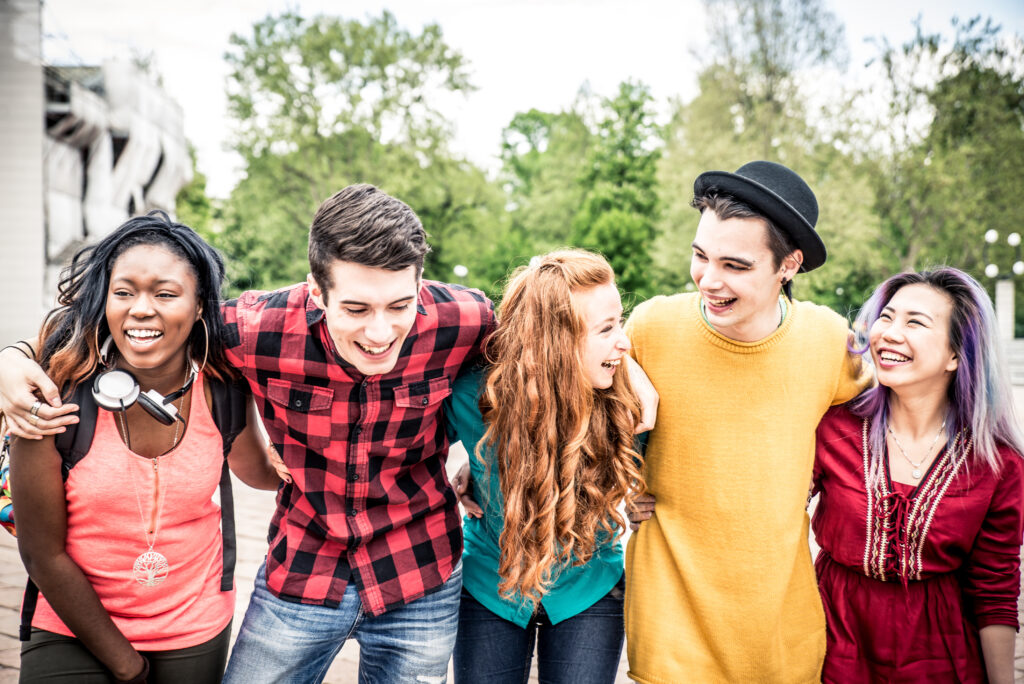