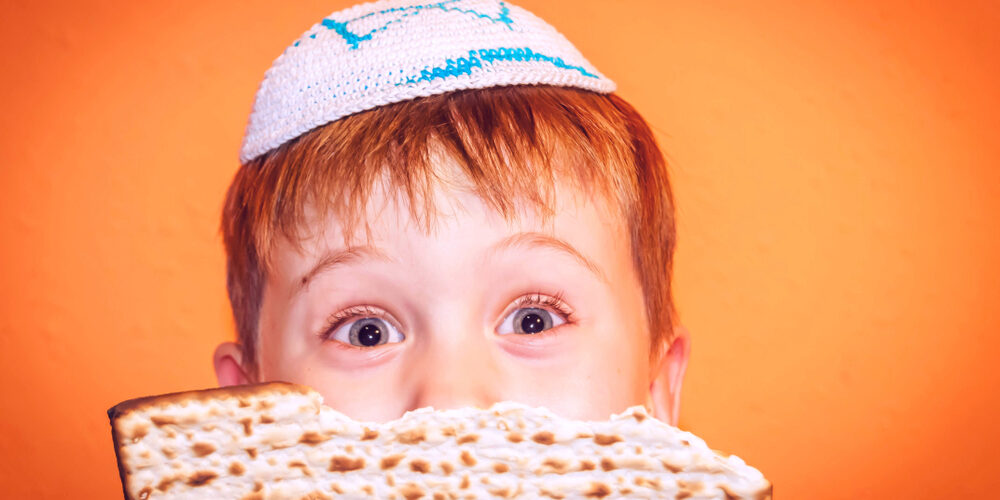 This week is the Jewish festival of Passover (Pesach in Hebrew). This major festival in the Jewish calendar celebrates the story of the Exodus. During Passover, Jewish people remember how the Israelites were led out of Egypt by Moses and away from a life of slavery.

Passover is celebrated with a series of rituals, with each ritual symbolising a different part of the story.  Further information is provided by 18 Doors on the origins of the Passover festival:

“The Hebrew name, Pesach, means “passing over.” It refers to the sacrifice of a lamb whose blood was put on the doors of the Hebrew households to guard against the Angel of Death—who was killing all Egyptian firstborns in the 10th plague. The Angel was “passing over” the Israelite households with lamb’s blood on the doors, and sparing them.

Passover takes place in March or April and lasts seven or eight days, depending on a family’s tradition. Like all Jewish holidays, it starts at sundown. Themes of the holiday include freedom, springtime, recognizing the sacrifices of our ancestors and passing our values on to the next generation.”

KARPAS –        A vegetable, often parsley, symbolizing spring and rebirth.  Saltwater, representing the tears of Israelite slaves, is also on the table to dip the vegetable in.

BAYTZAH-       Roasted egg. The egg also represents spring and the birth of the Jewish people after they fled slavery. The roasting recalls the Passover sacrifice brought to the Temple in Jerusalem in ancient times.

CHAROSET –  Typically a mixture of fruits and nuts, many families and Jewish cultures have their own versions. Symbolizes the mortar that the Israelite slaves used to make bricks.

ZEROA-          Roasted bone (often lamb) that also represents the Passover offering. Many vegetarians use a roasted beet instead.

CHAZERET-    Most seder plates have an additional place for another bitter vegetable to symbolize slavery, often Romaine lettuce.

Also on the table is Matzah which is a flat, unleavened bread. This represents the speed with which the Israelite former slaves had to pack up and leave and therefore did not have time to bake bread. Jewish children play a game to find a piece of the Matzah bread that has been hidden during the meal, and the one that finds it wins a prize.

Most children will be placed with foster carers that are a religious, if not cultural, match. However, if you are not Jewish but are caring for a Jewish child, please ask your, or your child or young person’s Social Worker for advice and support to help them participate in the Passover festival.

Please do also have a look at our resources section below for more information.

https://18doors.org/what-is-passover/ 18 Doors – What is Passover

https://www.bbc.co.uk/bitesize/topics/znwhfg8/articles/zn22382 BBC Bitesize – What is Passover? Information for children