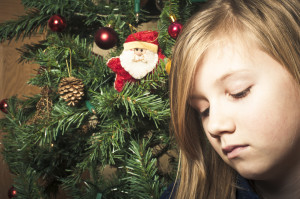 What is a trauma ‘anniversary’ and what does it mean for those caring for children who have had a difficult, often traumatic start in life? Our body and brains ability to store trauma so that key events can trigger a reaction without us knowing why is linked to our primitive survival response. We remember how overwhelming events made us feel so as to be on the lookout for these sensations in the future so we can avoid or survive them.

I first became aware of this when I was a Domestic Violence Parenting Worker and was endlessly trying to understand and explain Childrens behaviour in the context of their trauma. Parents would tell me stories of how their Childrens behaviour would get more challenging around the run up to their birthdays, Christmas or the time of year when a particularly traumatic event had occurred in the course of the domestic abuse. They said that the perpetrator would often come back into their lives around key times of the year, ringing and texting or sending messages via the children or social media laden with emotional requests to just be able to see them to give them their presents. When we reflected there was a link between more complex behaviour and outbursts and the run up period of time to this kind of anniversary.

Reactivation of past learning is relatively automatic: contextual stimuli directly evoke memories without conscious awareness of the transition. The more similar the contextual stimuli are to conditions prevailing at the time of the original storage of memories, the more likely the probability of retrieval.
Kolk, 1989

As many foster carers, kinship carers, adoptive parents, and parents who are survivors of domestic abuse and other trauma will have done, I have sat in endless meetings where professionals have endlessly puzzled over behaviour which is suddenly worse this week. They have often alternated between proposing referrals to Child and Adolescent Mental Health Services, getting frustrated with the child for not responding to strategies, or with their parents and carers.

In reality, there has been an understanding of trauma being ‘stored’ for a long time, think of Freud and his curiosity and explanations of it. Some seminal books like Babette Rothschild The Body Remembers and Judy Herman Trauma and Recovery shining a light on it all but sadly it often does take a long time for such knowledge to become mainstream. What I have seen in children, parents and carers are periods of time when life is even harder for them, they are more anxious, behaviour is erratic, they are very withdrawn and easily upset with a strong reaction amongst other behaviours. Or they start soiling again or picking fights with everyone at school. So what is going on?

I am currently reading Bessel van der Kolks new book, ‘The Body Keeps the Score’ in my quest to be more able to explain how trauma is stored and triggered. I don’t need convincing of that, it is as so many carers and parents have identified times when they see distinct behavioural changes in children which correlate with past events and I have personal experience of this too. Kolk, 2014 says this about the brain and trauma;

When something reminds traumatised people of the past, their right brain reacts as if the traumatic event were happening in the present. But because their left brain is not working very well, they may not be aware that they are re-experiencing and re-enacting the past.

So the right brain has a leading role in trauma as it keeps memories of sensory information, smells, sounds, touches, sights and the emotions they caused. The job of the left brain is to make sense of these and put them into some kind of factual order which can be communicated and made sense of, yet it goes off line when something traumatic happens or is remembered.

In daily life the primitive survival part of our brain receives information about our environment and our physical and emotional state on a continuous loop so it can keep us safe by activating our survival system to flee, fight, be very still, submit or try to befriend anyone or thing which potentially could be a threat to us. When something frightening and stressful does happen then an emotional memory is made to be drawn upon in the future, this memory needs to be of a more permanent nature than anything pleasant as it could be vital to our existence whereas a lovely trip to the park and an ice cream memory is not. I don’t think anyone yet knows why but at certain key times body and brain seems to recall trauma which happened in the past and play it out in a variety of bodily symptoms and behaviours. I cannot find exact references for this but I have experienced it every year for the past 10 years so will try to describe what happens and how debilitating it can be.

In 2004 and 2005 some terrible things happened to those I love most of all and it was a dark and traumatic time which most but not all of us came through. At the time it was just about getting up every day and surviving as best we all could as a family. It all happened between October and December and since then every year without fail I have suffered very badly with anxiety and other physical symptoms but it took me a long time to relate this to the trauma I had lived through and having a survival system on high alert for months on end. In fact this year, 10 years later, I have finally managed to remember that this is the tricky period when my body and brain will be especially stressed, tense, tired and prone to deep anxiety and all that brings with it. Therefore, I am slightly more able to cut myself some slack instead of giving myself a hard time about knowing what to do to relieve these symptoms and failing miserably, usually resulting in a trip to the GP. Instead the awareness and use of yoga and a kinder internal voice seems to be working quite well I am glad to report! Some days are worse than others which, if I had the ability to remember them, which I don’t, I am sure would have been key days in this whole traumatic period of my life.
So what can this mean for a child or their carer? There are obvious events which can be triggering for a child who has lived with domestic abuse, neglect, parental substance abuse and/or mental illness such as birthdays, Christmas, Valentines Day, major sporting events, in fact anything where emotions and expectations may have run high thus often ending in disaster which a child will have stored as a traumatic memory. For example:

‘Dad came in kicked the Christmas tree over, punched Mum and I was trapped between them both.’

‘Mum got drunk and kept us all up for the whole night ranting about not getting a valentines card then fell and smashed her head open we had to ring the Police.’

Therefore all the hype which precedes any major shared event will already trigger many children and adults traumatic memories causing them to feel more restless and distracted than usual. But there are also memories buried within us all of stress and trauma which happened before we could speak or process them in any way which can be triggered by a taste,/smell sound, touch or a glimpse of something. It is a minefield almost impossible to work out for children, except for Christmas etc but what is really needed is an awareness of any of our own trauma anniversaries as they will transmit to children in our care. Using this knowledge around the storage of trauma we may need to be extra kind and understanding to ourselves and the children in our care. Keeping things as simple and as calm as possible, ensuring plenty of rest, practicing things like yoga in a fun way, simple massage of hands, heads or feet or even fingers if that is all that can be tolerated. Trying to explain to school or pre-school that there is a very real reason for this temporary blip and that their kindness is greatly needed for all to come through it well together, especially your child.